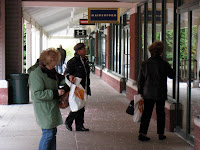 I'm on a mini vacation. AND LOVING IT.
Yesterday I took the fam (Mom, Aunt and Uncle) to Clinton Crossing for a little retail therapy. I swear I could live in the Kate Spade store. I TRULY love her stuff.
Today I am hanging with the painters at the house. I threw the doors open to let them paint them while I enjoy the GORGEOUS day we are having. The wind is blowing a little gentler than yesterday and it is a perfect excuse to sit and enjoy the open doors.
I'm also doing some laundry and some vacuuming to pass the time. As soon as I can close the doors I will head out, get the car looked at, pick up the dry cleaning, and then hang with the fam a bit until I get to go visit with Nolan and his mom. Then, oh glorious of days, it is bookclub tonight. Yippee.
Tomorrow is facial and then a long walk around the reservoir and who knows what else. Maybe reading my book in the sunshine!
Saturday and Sunday are chock full of family fun! Saturday night we celebrate my niece and my sisters' birthdays and Sunday is a family tradition of sorts... we celebrate the patron saint of Pratola Peligna. Mass in the morning and then food and music and fun all afternoon.
I am so excited!
Ciao
S
Posted by Stefania at 10:41 AM 1 comment:

Ciao
S
Posted by Stefania at 6:55 PM No comments: 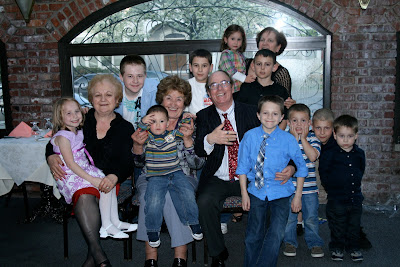 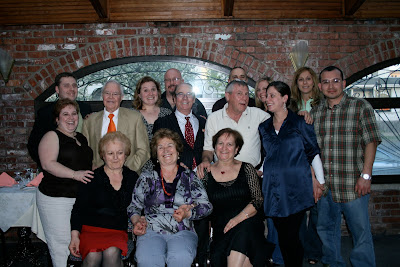 Posted by Stefania at 2:08 PM No comments:

I was supposed to work this weekend. All day today and most of the day tomorrow; and then yesterday evening I was told, "Don't worry about this weekend, I can take care of it. I'm sure you have better things to do than this!" Whoa. Gift weekend for sure.
I'm home, relishing the "free" time and besides homework, trying to figure what I am gonna do. Hmmm....
Right now the house is getting painted (outside) so I am desperate to get out. All of the windows are covered in plastic, so the sun can come in but you can't see out. It is kinda like a cocoon. This morning I stepped out on the front porch to shake out the table cloth and there was a guy out there. He totally startled me. I couldn't even tell there was anyone out there. But the house looks great and will be done soon! YAY!

The day before yesterday was the worst day ever. Started bad, ended bad. Trying really hard not to let it ruin my whole week, trying really hard.
On my way into work I was the most obnoxious driver. I was behind a woman at a light and she was stopped at a green light, so I started honking... obnoxiously. She was stopped because there was an ambulance coming. The whole intersection was stopped, patiently. EXCEPT ME. I was mortified. Even now, writing it, I am embarrassed.
Came into work and was intent on not letting this day get worse. Until it did. Ever call, email and action that I made had some sort of mistake in it. I had to do everything over and over and over. UGH. Then my student worker decided that it was "bring your friend to work day". Now don't misunderstand, he is a great kid and has always done the work, and been an all around good worker, so when I saw that he had a friend with him it didn't really phase me. I went to lunch and all was well. When I got back and "the friend" was still there and they chatted the whole time, I was totally miffed. I knew that it was more my "mood" than anything else. The rest of the day continued on as the beginning. Just crap. I was late for class so I missed the part where the professor explained that the homework that was due could be handed in next week because....
I went home looking forward to a quiet night at home.
NO SUCH THING.
Not really sure what made me think that my home life would be immune to my bad day. TERRIBLE DAY. It was almost like a countdown, 10...9...8...7.... and there was the fight. Stupid fight, I'm sure. No real substance to it. As far as I could tell anyway. Hope this doesn't spark another... "What do you mean, no substance..."
ugh.
Calgon, I'm insisting you take me away!
At least yesterday was better. Have a great day y'all.
Ciao
S
Posted by Stefania at 6:03 AM 1 comment:

It is officially prom season. I almost missed it until I pulled onto my street last night and saw a tons of gals teetering on impossibly high heels, and boys with top hats and sneakers. Ahhh... the age old American tradition. I ran in the house and hubby and I watched from the window as all the couples converged on my neighbors house. Then a party bus showed up and the street was clogged with parents with cameras.
This morning as I was leaving the house I saw a corsage in the street, all torn to bits. For sure thrown in some poor boys face.
Ahhh... prom season.

Today marks the beginning of my month of madness. Really it started on Monday, with the studying and the lecture and the exam... but today my aunt arrives. She and her husband are celebrating 50 years of married bliss and as a gift her children are sending them to spend a month here in the States. They are Italian and don't speak any English. And they are staying with hubby and me for two weeks. AND THEY ARE STAYING WITH US FOR T W O WEEKS. Don't get me wrong. I am very excited that they are coming for a visit and I'm sure we will have a great time. But... 2 weeks is a long time. Especially that it is during the month of madness... I have another lecture coming up, I am involved in the search for our new provost at the University which means that I have to work over a weekend. Plus school is ending therefore I have a final exam to worry about. On top of all of that I decided to take a trip with them to Niagara Falls. Yup. It'll be crazy.
So if you don't hear from me this month; or better yet if you see me and I have that "glazed" look in my eyes... poke me to make sure I'm awake and then call me May 17 when things wind down.

April showers bring May flowers... but we were a week early.
Gosh the rain the past couple of weeks was depressing. It was so hard to keep happy.
But today... TODAY is glorious. I got to take today as a vacation day; at the last minute. There is nothing like a day off when you didn't think one was coming. Next week is gonna be a doozy so I am spending this weekend trying to rejuvenate. Not easy knowing; I have a lecture on Tuesday, so spending Monday night studying, Wednesday taking the exam that I spent Monday studying for and then Friday my aunt arrives and the fun begins.
Last night was book club. Good book, great girls, de-lish food and a huge glass of wine. A great night was had by all.
Today, is gonna be a good one. Hope you all enjoy the fabulous weekend.

ciao
S
Posted by Stefania at 8:18 AM No comments: