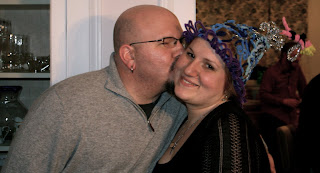 Happy Birthday my love!
I know that this isn't your favorite day but today I celebrate you and what mean to me.
I love you with all my heart and I always want to go out to dinner with you... you never need to ask.
I hope your every wish comes true because mine do everyday with you.

There it goes.. it's almost gone... catch it while you can... MARCH is outta here.
Yup. Not lying. There are only a few days left.

One of the best too... Thursday is my hubby's birthday.
I'm trying to take him out to dinner to celebrate and maybe some other surprises... I'll never tell in case he decides to read this. We'll see. 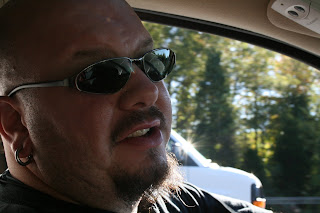 Nothing else to report. Missin' some folks...(Ali... love the update... totally missing you!!!) really this cold weather has got to STOP. I'm sick of it already.
Wednesday is supposed to be nice... we'll see.
The next couple of weekends are jam packed with stuff to do, much to my sadness... nothing super fun either.
Wait, I take that back... Easter will be great because we are with my family for Brunch (and I love love love to go out for brunch).
We'll see what else April has to bring.

My sister, Susanna and her hubby Edward celebrated 13 years married this past weekend. Leah and I spent the weekend babysitting at their house while they were away for the weekend. It was our gift to them for Christmas.
FUN, but I was glad to come home to non snotty noses and diapers. 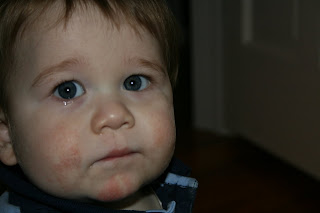 cute I know, but SNOTTY

Now I'm starting to have the snotty nose and I'm cursing that cutie!!!
No way. They are all so cute and fun and I keep finding myself smiling for no reason but it is because I remember something they said or did that was HILARIOUS. 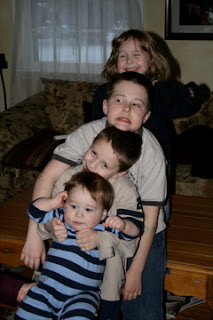 Julianna was walking around with one eye closed right before this picture because she was a PIRATE. Hilarious!!!

I've been trying to write this entry for days so it will be unusually long because I feel like I have so much to say and so much has happened. But not really much at all. We had another snow storm this past weekend... so it is MARCH and we have a foot of snow to deal with. The March sun is strong though and it is supposed to get to 60ish degrees, so that will help.

Last weekend we had friends over for Chinese take-out, Starbux martinis and Trivial Pursuit... the boys finally WON. 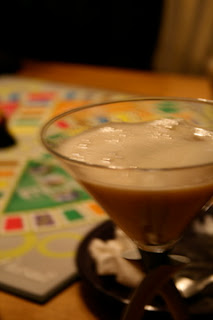 Figure out yourself why the pic is blurry... heehee... I was TOO EXCITED about the martinis.

On Sunday Greg and I and a bunch of Hartford Stagers did the O'Hartford run/walk and I was dead last for most of the walk and I don't care... it was the kick-off to walking season; despite the snow we just got.

Just now I had a super delicious, tasted like it came from a restaurant dinner cooked by my wonderful husband... I wish I took a picture of it before I ate it but I will let you know it really was delicious.
If you must... yummy soup
Check it out.
One of these days I must learn to embed... are you listening Tina.... I need to learn to EMBED.


Ali- It was awesome to chat for even just a few minutes the other day. Call me again soon, and keep me posted on another visit... love you :) 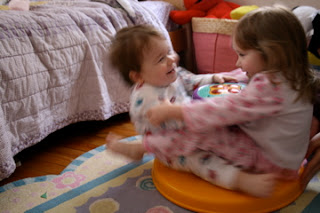 I really wish they made a sit-n-spin for grown-ups...
c'mon doesn't this look too fun!!!

No news is good news

Not really much to report.
It is SUPER cold but should get warmer by the end of the week.
Really busy at work, but this is my busy week.
Feeling good...
Not really much to report.
Visited Alison and her family on Saturday and it was really great. Just sitting around, chatting and being happy. Visited Mom and Paul on Sunday, ate a great meal and finally got to see their vacation pictures from New Years in Italy. So great to be relaxed after spending the whole morning cleaning and getting the house in order. Even better to come home to a really clean house.
No complaints.... oh except...
I HATE TAXES. We just found out that we have some fun tax issues ahead. Really not so fun. Oh well...
Otherwise... happy and healthy.
Here are some pics of my visit with Ali.